Working with a Literary Agent

I’m on the fence — should I sign with a literary agent and traditionally publish my young adult series The Devil Particle or publish it myself? Both paths to publishing have advantages and disadvantages.

My friend and colleague, Valerie Biel, is taking both paths. She independently published her young adult Circle of Nine series and is working with her agent, Tina Schwartz of The Purcell Agency, to get her middle-grade books traditionally published. To help me decide, I interviewed Valerie:

Why seek the services of a literary agent?

Kristin: You’ve successfully self-published two novels, one novella collection, and three novellas in the Circle of Nine series. Why did you decide to find an agent for your other project(s)? What were/are your expectations?

Valerie: The stories in the Circle of Nine series are geared toward readers in their teens and up. As someone with a marketing/public relations background, I knew I could connect with that audience myself through online platforms, social media, and advertising.

I also write for the middle-grade audience and it is tough to market those books without the mechanisms of the traditional publishing world. The

gatekeepers for that age of reader are teachers, librarians, and, of course, parents who rely on recommendations from library associations, school library journal, and other review resources often only open to traditionally published authors. With that in mind, I made the decision to seek out an agent to represent my work for middle-grade readers.

Steps to acquiring an agent

Kristin: What steps did you take to get your literary agent?

Valerie: I queried more than 100 agents, mostly researched initially on Publishers’ Marketplace. I searched the agents who represented the highest-earning middle-grade deals and worked through that list. I did further research on each agency’s website and on the social media accounts of individual agents I was considering, so I could properly personalize each query. I also took advantage of submitting to the agents who I met through conferences. The most personalized queries were those with my highest success rate.

Why this particular agent?

Kristin: What was it about Tina Schwartz and The Purcell Agency that made you decide to go with them? When discussing representation, what questions did you ask Tina?

Valerie: I had known Tina for years, having met her before she was an agent early in my writing career at the University of Wisconsin Writers’ Institute. In 2018, we reconnected when I was speaking at that conference and she was taking pitches. The pitch with the Purcell Agency was with both Tina and a new agent on her team. Obviously, the pitch went well, I sent them the full the day after the conference, and by Wednesday morning (two days later), I had received my offer of representation.

I asked if they had any concerns about the manuscript (any edits that they might want me to do), how many queries they’d send out in a certain time frame, and we negotiated that my indie published series was separate from our contract, so I could continue to publish that on my own. All the other aspects of the contract were very straightforward and understandable. I should note here that, at the time, two other agents (from my queries) were considering the same full manuscript I was pitching. I sent them the “offer of representation” email, which then gave them two weeks to finish considering my manuscript and decide if they were interested in also offering representations. Both decided to pass.

Kristin: What is Tina’s job in your relationship? Does she give you editorial feedback?

Val: Tina does give editorial feedback—which is very helpful. Also, as we receive feedback within some of the rejections, we decipher what we ought to do (if anything) to address the concerns an editor may have had about the proposal or manuscript. She identifies the potential publishing houses that would be good fits for my projects and writes and sends the queries.

We also work together as I identify publishing houses and editors (often those I’ve met at conferences) who might work well for one of the projects. She also (gently) keeps me apprised of rejects and (more joyfully) lets me know of requests for full manuscripts/proposals or when one of my projects has made it further into the consideration process at a publisher.

Kristin: What is your job in your relationship? Are there deadlines for you to meet?

Val: We work collaboratively (mainly because that’s how I am as I’m more immersed in the industry than many authors might be.) I set my own deadlines for rewrites and revisions, but Tina gives guidance on timing if needed.

Communication with an agent

Kristin: How often do you two communicate? Do you deal directly with Tina or with one of her associates?

Val: I started out working with one of Tina’s associates but now work only with Tina. We communicate more frequently when something is on active submission, but probably about once per quarter or so otherwise. (For instance, I just finished some edits that I decided to do after some feedback from an editor at the children’s imprint of a major publishing house . . . she was right in her criticism and I endeavored to fix the issue in my latest edit … so I will be talking more with Tina as I send her this revision.) The Purcell Agency also has a quarterly online gathering for their clients, so we get to know one another and talk shop a bit.

How an agent gets paid

Kristin: How does Tina get paid?

Val: She only gets paid if I get paid – at 15% of any contract she negotiates on my behalf.

Kristin: Would you recommend a writer seek representation? Why or why not?

Val: Do you need an agent to publish your work? … No. But if you are seeking to get published by one of the bigger publishing houses, you will need to have an agent as the intermediary. Most of the major imprints/publishers are closed to un-agented authors.

Can you publish traditionally without an agent? … Yes. But it will likely be with a smaller publisher and you’ll need to at least engage a lawyer familiar with publishing to review your contract to protect your interests.

You might also ask: Why not just publish independently? … I’ve had great success with publishing independently and I will continue to do that for my work targeted to teens and up, but the difficulty that exists to get mainstream attention for indie-published books for younger audiences is a real hurdle that shouldn’t be ignored.

Thank you, Valerie, for your valuable insights! 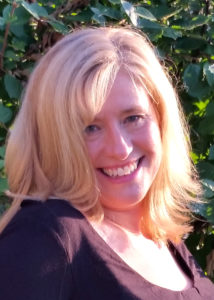 Valerie Biel is a public relations professional as well as the author of the award-winning Circle of Nine series, stories of magic steeped in the Celtic mythology of Ireland’s ancient stone circles. Writing primarily for the young adult and middle-grade genres, she is represented by Tina Schwartz of The Purcell Agency. Learn more about her writing adventures at www.ValerieBiel.com.
Valerie holds a degree in Journalism and Political Science from the University of Wisconsin and utilizes her 25+ years of public relations experience to aid other authors with marketing and publicity plans via her agency Lost Lake Press.

Sunday, March 7th at 4:00 p.m. – Cocktails and Conversation with Samantha Hoffman of the Chicago Writers Association. Samantha and I will be talking about the research I do when writing my novels.

Be sure to check out my blog: Seize the Day – Homeschool!  In the latest edition, I explain why I created an unschooling town in my novel Carpe Diem, Illinois.

Carpe Diem, Illinois is now available on Kindle for only 99¢!