What It Takes to Become a Screenwriter 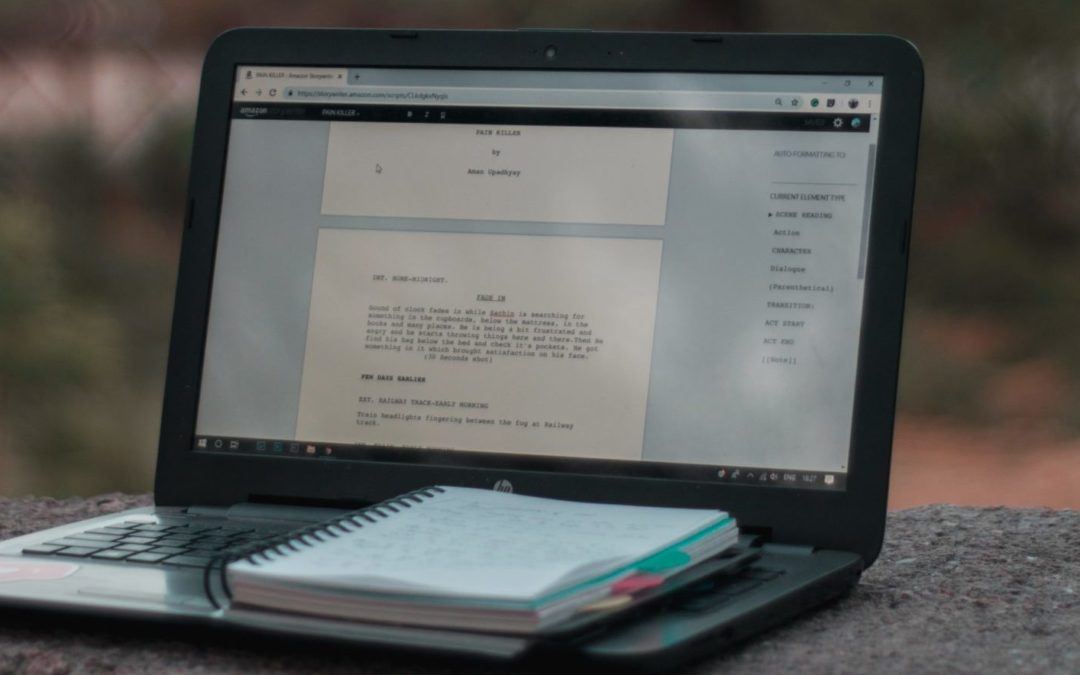 After writing about the Academy Awards, I was curious about screenwriting so, I decided to interview my friend and colleague, Rebecca Williams Spindler. Rebecca is an award-winning novelist, screenwriter, producer, and the former Vice President of the Wisconsin Screenwriters Forum. We discuss how to break into the film industry, the importance of networking, and what it means to build your portfolio. 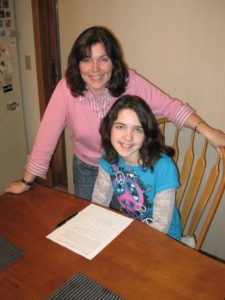 Kristin: You’ve written award-winning middle grade/young adult novels with your daughter and award-winning screenplays. Which came first for you—novel writing or screenplay writing? Do you prefer one over the other, and if so, why?

Rebecca: Actually, I began with writing short stories. I had three short stories published while at the same time, I was taking courses on Screenwriting.

It was a natural transition for me to pivot from prose to screenplay as I have a great love for dialogue. Movies are “talkies” after all. 😊  I literally have character voices in my head, all the time, in a good way. If I had to choose a preference for writing, screenwriting flows freely for me, especially family comedies. But I also can whip up a dramatic short story pretty easily too. After reaching a “certain age”, my life has presented many experiences I can write about.

How to Option a Novel for the Screen

Kristin: Many people have told me that my novels Carpe Diem, Illinois and God on Mayhem Street would make terrific movies. I’ve often thought of writing the screenplays for them. Then someone told me that writing a screenplay for a novel is a good way to break into the movie industry. Would you recommend it?

Rebecca: In today’s world, an author no longer has to take the steps to adapt their book to a screenplay. You just need to know where and who to market your novel to in order to get it optioned for screen.

For instance, do your research on who at Netflix is looking to option books. Many celebs have their own production companies and they are optioning books; Reese Witherspoon, Oprah, Robin Roberts, Octavia Spencer, Viola Davis, Geena Davis, Drew Barrymore to name a few.

I pitched one of my original TV series to Viola Davis’s production company last year and received an interesting response. Also, check out Book Pipeline, they are a resource for authors looking to send their books to movie producers.

Breaking into the Movie Industry

Kristin: What is the best way to break into the movie world and how is this different from the literary world?

Rebecca: I would have to say that breaking in as a writer is hard no matter which world (TV/Film or Lit). You’re a nobody until somebody likes you and your writing. Network, network, network. Most writers are introverts so I understand first-hand how difficult it can be for writers to actually get out there and market themselves and their material. But you have to.

In the TV/Film world, it’s especially important for people to get to know you – as a human being, as someone they are excited to collaborate with. TV/Film is a group project. Yes, it may start with your script, but it certainly doesn’t end that way. Someone discovers your writing either via a pitch, contest, referral. Then they want to meet you either by phone, zoom, or in person. They want to know if you’re “good in a room” and are friendly, personable, flexible – without an ego – because making a TV show or movie takes months, sometimes years, so these industry pros/execs/director/manager/producers need to be assured working with you for the long haul will be a truly rewarding experience for everyone involved.

For me, I have networked by attending workshops at film festivals, taking courses on-line, pitching my scripts, taking the time and money to go to France, Boston, LA, Austin, Nashville, Palm Springs, and Chicago to meet people and make a connection in the industry. (See why you need the day job – to finance all the marketing work!)

How to Write a Screenplay

Kristin: You’ve been an award-winning screenwriter and producer for many years now, what advice would you give to someone who’s considering writing a screenplay for the first time?

Rebecca: Read A LOT of screenplays. There are ways to find the Oscar-nominated/winners screenplays on the internet (Kristin’s note: for instance, check out Script Reader Pro). Start there, or try to find the script of your favorite TV show. Read the script to better understand the formatting and flow. Take an on-line course or workshop from a reputable mentor/organization, preferably one that has feedback notes included with the course, once you’re ready to workshop your script. 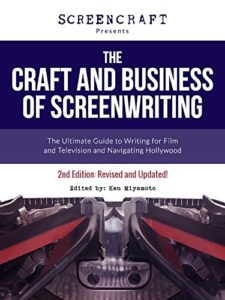 Kristin: Robert McKee’s book Story is still one of the best books on writing screenplays (and it’s great for novelists, too). What other books on screenwriting would you recommend?

Tools for Formatting a Screenplay 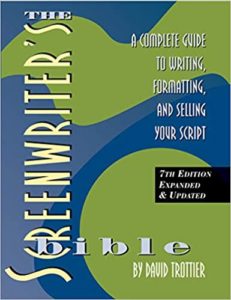 Kristin: When writing a screenplay, there are specific rules for formatting, right? Are there guidebooks to help with this?

Rebecca: Yes, there are distinct formatting rules for screenwriting. Trottier’s Screenwriter’s Bible is a great guide and also purchase Final Draft software. FD on your MAC or PC instantly formats your script. It’s pretty user-friendly. All the industry pros use it and recommend it.

Producing Your Own Screenplay

Kristin: How does a writer go about producing their own screenplay (is that even possible)?

Rebecca: I LOVE being a producer and screenwriter. I really enjoy developing a story, whether it’s my own or another writer’s, and building the process of bringing it from script to screen. So far, I’ve produced 3 films. Yes, it most certainly is possible to produce your own screenplay.

Again, network, network, network. If you get the chance to be an extra on someone’s independent film, do it. It’s a great experience and gets you on set to meet people in the industry. There’s a great group of indy filmmakers in the Madison area. Look them up on Meetup.

The Los Angeles Bootcamp for Screenwriting

Kristin: You attended the LA Writers Bootcamp for Screenwriting. What was that like?

Rebecca: It was a grueling and rewarding experience. WBC gave me guidance and instruction on creating a market-worthy screenplay. Actually, over two years of being in the program, they have you write 4 original feature scripts. It was tough to have a day job, be a wife and mom, and still have homework and pages to write EVERY NIGHT! In LA, the expectation is to write an original feature length script in 6 weeks or rewrite someone else’s script in 3 weeks.

Kristin: What does it mean when someone in the TV and Film industry says, “build your portfolio”?

Rebecca: This means KEEP WRITING. You are not ready for Hollywood after writing one screenplay or one book. You should have at least 3 complete and polished pieces of writing in order to market yourself, whether this is in the TV/Film biz or literary world. Because when you do get the chance to pitch yourself and your story to a manager/agent, producer or director, they will inevitably ask “what else have you written”?

Even if the only script you wrote is an outstanding award-winner they want to know if you are a serious writer and have been keeping true to your craft, churning out more content, developing more stories and characters.

Since 2005, and even with a “day job”, I have dedicated my time and my writing passion to create 4 YA/MG novels (3 co-written with my daughter), 6 published short stories, blog articles for Screencraft, and 19 screenplays (consisting of shorts, features, unscripted/reality, original and spec TV pilots), 2 of which were produced into films.

Kristin: What’s next for you?

Rebecca: I have a quirky cosmic comedy short film which I wrote and produced that’s being shopped to film festivals this year. As a producer, I have to research and help finance the festival entries. My latest short story is coming out in an anthology this summer. I’m a script reader/judge for the Nashville Film Festival screenplay competition. I am developing a children’s TV series based on another writer’s graphic book series. And I am also writing my third holiday feature script. My reality/unscripted series project is with producer in LA, who’s also a UW Badger alumni. This is how networking helps!

Thank you, Rebecca, for sharing your screenwriting journey with us! 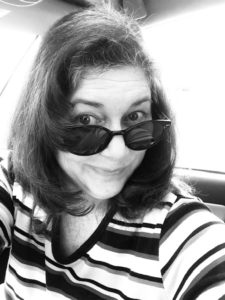 As a wife, mother, daughter, and employee, Rebecca has dedicated her life to building valuable relationships. As a writer, her goldmine exists as an active listener. She digs deep to find a promising nugget of story and works hard to make it to shine. Coming from a large and diverse Asian-Appalachian-American family, Rebecca’s surrounded by rich stories of love, perseverance, determination, pain and joy.

As a victim of the sandwich generation, Rebecca’s caught between her Boomer mother and Millennial daughter’s exuberant lives. Being a Gen X’er has its glory moments, too! Her “day job” as a 20-year healthcare professional, exposed her to patients and families on critical care journeys. She proudly advocates for those with Alzheimer’s and dementia. Rebecca’s heritage and experiences shape her voice and tone. She creates stories with humor and heart. Her Brand is female character-driven from a family that’s gone awry and she tries to do good in this world.

Rebecca’s vast IP writing portfolio includes; five published short stories of Women’s Fiction, Young Adult & Middle Grade novel series (three co-written with her daughter), two produced short films, thirteen short and feature scripts and content for six original TV pilots along with two TV show spec scripts. In 2019, Rebecca gained the mentorship of Jennifer Grisanti, former CBS/Paramount executive and instructor for NBC’s Writers on the Verge program. Rebecca focuses on her craft for TV writing and collaborating for the TV Writer’s Room. As a producer of officially selected film festival short films, she thrives on the development process and sharing of ideas to heighten the power of bringing a script to screen. As a former community college writing instructor, she has a passion for fostering new writers, from all ethnicities and abilities, encouraging the idea that everyone has a story worth sharing. Her motto: #behumbleandhustlehard.