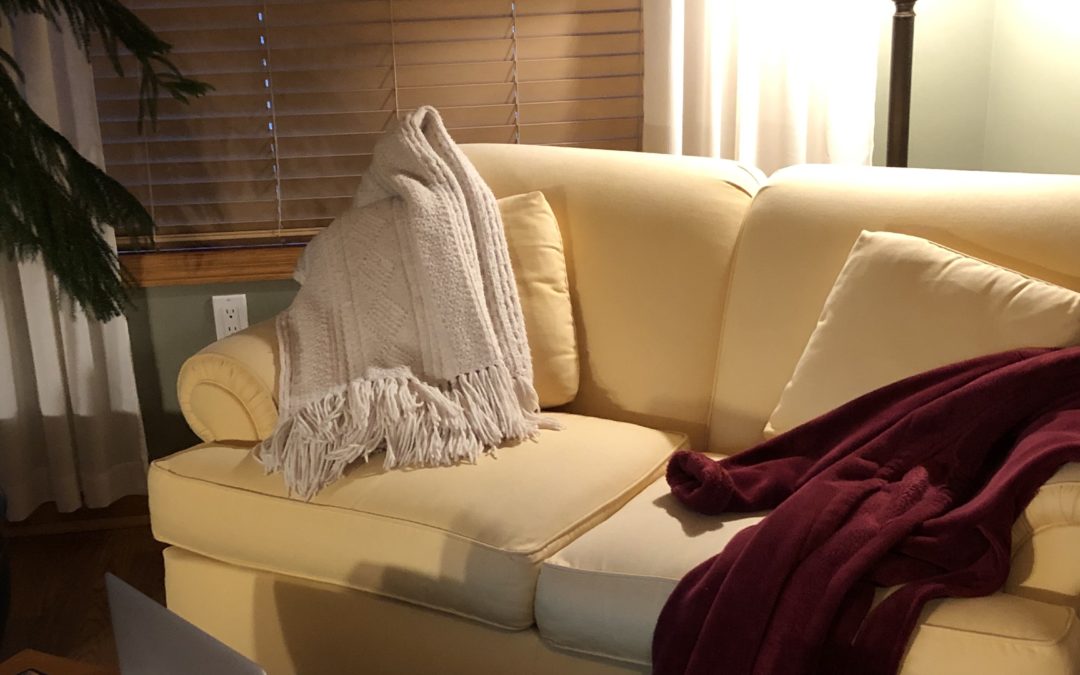 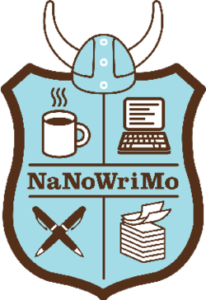 It’s official–I’m a Wrimo which means I’m participating in NaNoWriMo. No, that’s not a new weight loss program or exercise regiment. NaNoWriMo stands for National Novel Writing Month and is a project that inspires people to write 50,000 words in November. Broken down daily, that’s 1,667 words per day, approximately seven typed pages.

The support for this project is incredible. Online, there are buddy systems, a forum, resources that include preparation before the event and pep talks during, discounts on writer tools like The Great Courses, and an advice blog. There are also in-person write-ins at coffee shops and local libraries (I’m going to one next Tuesday at the Verona Public Library). Additionally, NaNo has expanded to include the Young Writers Program and Camp NaNoWriMo, a relaxed version that meets in April and July. I might have to check that out next year.

NaNoWriMo started twenty years ago by freelance writer Chris Baty who invited twenty people to join him in writing a full-length novel in only a month. This year, I’m one of almost 800,000 writers who are participating! 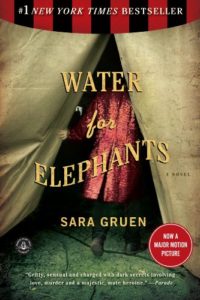 Does this write-like-hell approach actually work? For some, certainly. Water for Elephants by Sara Gruen and Wool by Hugh Howey both started as NaNo projects.

But while most incredibly rough NaNo drafts will never be published, creating a novel in a month forces writers to write every day and hopefully start a habit that will last well beyond November.

A few years ago, I signed up to join NaNoWriMo which is free, but that’s as far as I got. This year I have an idea for the third novel in The Devil Particle Trilogy tentatively called Jaelyn. I know the protagonist and the central conflict plus most, if not all of the secondary characters. But I haven’t written a word of it, so I thought why not give NaNo a try? It might just be the kick in the butt I need to get Jaelyn’s story on paper. 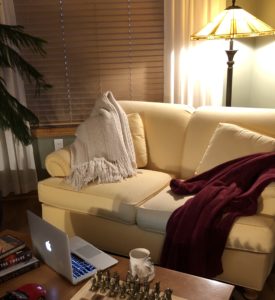 To get started I set my alarm for 6:30 a.m. eventually getting out of bed by 7:00 (I’m not much of a morning person). I throw on my thick bathrobe and trudge downstairs to my yellow couch.

When I was writing the first draft of Carpe Diem, Illinois I got up early and wrote until the kids woke up. Now that I’ve started NaNoWriMo I remember how wonderful it is to write first thing every day. It gives me a sense of accomplishment while letting the story percolate in my head throughout the day.

Of course, the problem for every Wrimo is Thanksgiving and I’m hosting it this year. But I’m also going to Walt Disney World with my daughter, sister, and niece soon. We’ll be gone five days exploring Epcot and the Magic Kingdom and soaking up the warm sunshine by the pool. No time to write. I’m not even bringing my computer. 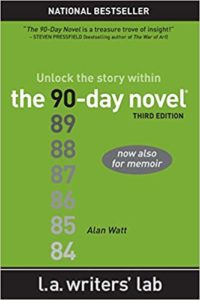 Honestly, I couldn’t do it without following Alan Watt’s The 90-Day Novel: Unlocking the Story Within. It’s chock-full of writing prompts such as — finish these this thought as your antagonist: “What breaks my heart is . . .”. I wrote this prompt today and can’t believe how despicable President Stark Cicero is!

If you’d like to check my progress and see if I can reach that all-important 50,000 words, then check out my Facebook Author Page. And let me know if you’re participating in NaNoWriMo. I’d love to be NaNo buddies!