How a Debut Novel Was Optioned for TV 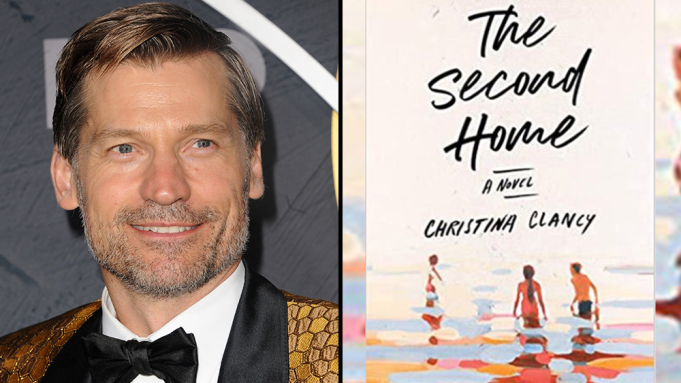 When I discovered Christina Clancy‘s debut novel, The Second Home, had been optioned by TriStar for a limited television series starring Game of Thrones’ Nicolaj Coster-Waldau, I wanted to know how this wonderful turn of events came about. I asked Christina if I could interview her and was excited when she agreed. Read on to learn more! 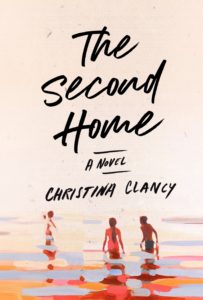 Kristin: Your debut novel The Second Home, published by St. Martin’s Press, has had great success. Congratulations! First, let’s talk about the publishing process. In order to be traditionally published, you had to have an agent. How did you acquire your agent?

Christina: I was referred to my agent, Marcy Posner at FolioLit, through a mutual writer friend. It’s very helpful to have a referral from another writer because we get to know our agents really well, and we generally know what they are looking out for, and what they’ll turn away. We’re a good first filter.

Marcy loves upmarket women’s fiction and thrillers, but she’s probably not the right person for sci-fi, manifestos or memoir. There are exceptions to the rule, but we all have types of books we gravitate to, and you really want your agent to absolutely love your work. The Second Home was right up her alley, so I was thrilled when she said she was interested. Marcy has been in the business a long time and has seen everything, so she’s a good agent for a newbie like me.

When the Manuscript Was Sold

Kristin: How long was it before your agent sold the manuscript to St. Martin’s Press?

Christina: It felt like it took a long time, but in hindsight it wasn’t that long. Marcy represented me in January, and I made a few edits that winter and spring. I also changed the title (the original title was No Place Better Than This, and Marcy kept forgetting it, which isn’t a good sign). We waited out the summer because that’s a pretty dead time in publishing. My novel went on submission in October on a Friday, and the novel sold through pre-empt to St. Martin’s Press that Monday with a two-book contract. I’m not exaggerating when I say that was one of the most thrilling days of my life.

Kristin: Did the book go through an intensive editing process? How involved were your agent and the editors at St. Martin’s? Were there any major changes to the book?

Christina: My editor at St. Martin’s Press, Sarah Cantin, told me on our first phone call that she wanted me to add some twists and surprises to the last third of the book. I was so concerned with figuring out the ending, and I guess it showed. That was a really fun writing assignment, and it made the book so much stronger. 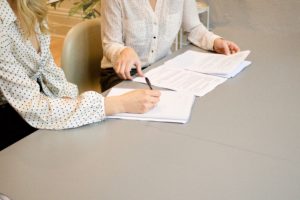 Once I made those changes, Sarah did a deep dive into the document and sent me one of her famous edit letters. It’s really validating as a writer to work with someone who is so smart and thoughtful and invested in your work, especially since I’d been so close to it for so long that I wasn’t the best person to see what was working and what wasn’t. She read the novel with extreme precision, and provided feedback from the sentence level to the overall tone and themes. That was the first time I felt like I had a true collaborator after so much time alone with my document. I felt much more confident about the novel when it went out into the world, because of Sarah’s thoroughness, and because the novel went through a professional copy editor. It’s embarrassing to see how much you miss!

Kristin: I’ve heard that traditionally published authors don’t get to select the cover of their books. Were you able to select your cover?

Christina: Yes and no. My contract states that I can review the cover and share my opinion, but I don’t have final say. I think this makes so much sense, because my publisher knows what sells, and it’s good to rely on their expertise. Also, it’s important to remember that your publisher is in the business to sell your book; this is a mindset shift after being so precious about the content for so long. 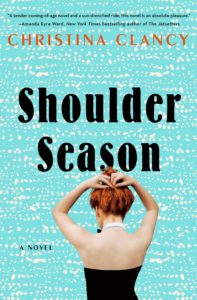 That said, they want the author to like the cover, because we are the ones out there talking about the book. Lucky for me, I immediately loved the first cover of The Second Home. It wasn’t anything like I had imagined it would be, but the painting by Elizabeth Lennie was so warm and nostalgic, and I thought the lighter colors would stand out on a shelf. I still feel a little thrill every time I see it, and I’m also bonkers about the cover of my new book, Shoulder Season. You should see the orange argyle spine! It’s like nothing I’ve seen before. That cover went through a few more rounds because they tried to give my work a consistent look, but it was hard to come up with a cohesive design for a book about a house in Cape Cod and a small-town Playboy Bunny in 1981. My cover designer, Olga Grlic, is incredibly talented. I love working with her. 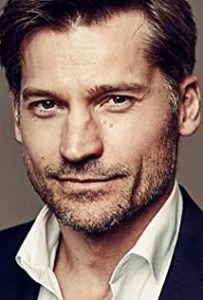 Kristin: In addition to being traditionally published, The Second Home will be made into a television mini-series starring Nikolaj Costa-Waldau (Jamie Lannister in Game of Thrones). That’s so exciting! How did that come about?

Christina: Well, Nicolaj is my ex-boyfriend. Ha! Actually, I know very little about the process because my film agent handled everything before letting me know that the book would be optioned by TriStar. A bookstagrammer works with Coster-Waldau’s production company. I’m not sure how he found out about the book, but he recognized potential in Anthony’s juicy role and passed it along. I was convinced everything would fall through. It takes a long time to get the contracts worked out—I mean, I’d known about the option for almost a year before I could officially announce it.

Kristin: Are you involved in writing the screenplay for the mini-series? How closely do you think they’ll stick to the original story?

Christina: I am not involved in the screenwriting at this time. I might be interested in collaborating with the writer, but at this moment I feel like I need to rely on the expertise of someone who understands the storytelling architecture of a limited series. That said, I do sometimes think about writing the script for Shoulder Season. That novel is very filmic and I can imagine it in my head. But for now, I think my time is best spent working on my new novel. The film side is pretty sexy, but it’s my books that I’m excited about. 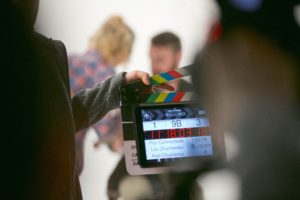 Kristin: Will you be able to attend some (or all) of the filming? How involved will you be in that process?

Christina: I wish I knew! I would love to be involved somehow, and maybe show up as an extra. I’ve taught spin classes for over 20 years and make playlists obsessively, so maybe they’d take some feedback on soundtrack selections?

When We Can See the Television Adaptation

Kristin: When will the mini-series air?

Christina: Oh gosh, I have no idea. They still need a writer and a network, and anything could happen. I’m guarding myself against getting too excited because I don’t know how Hollywood works, and I’d rather be pleasantly surprised than disappointed if everything falls through. I’ve heard so many stories from my writer friends of that happening.

What’s Next for Christina Clancy

Kristin: Your second book will be released this July. Are you working on a third? What’s next for you?

Christina: I am working on a third novel. I’m about a third of the way into it and got stuck for a while because this is historical fiction, and time is really hard because it essentially creates the structure. I wasn’t sure if the novel should take place over one summer or across generations and many years. I think I’ve decided on one summer. I’ve come to think of a novel as a bunch of decisions, and I struggle over even the smallest decisions, like which flavor jam to buy at the grocery store. That said, once you have the place and the characters and you decide on the voice and tone, most of the heavy lifting is done.

Thank you Christina for sharing your good news with us! 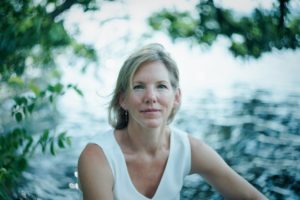 Christina Clancy is the author of The Second Home and Shoulder Season, St. Martin’s Press. Her work has appeared in The New York Times, The Washington Post, The Sun Magazine, and in literary journals including Glimmer Train Stories, Hobart, Pleiades, the Minnesota Review, and elsewhere. She has a PhD in Creative Writing from the University of Wisconsin-Milwaukee. She lives in Madison, WI.