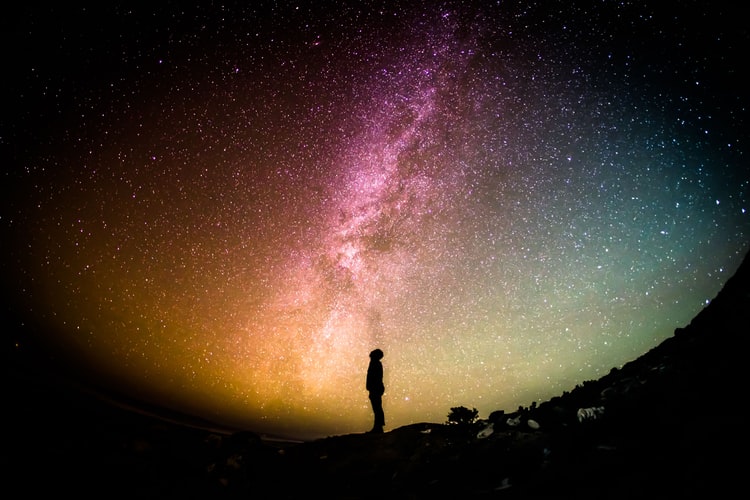 While marketing Carpe Diem, Illinois and revising The Devil Particle manuscript last week, I made two discoveries: there’s an art to writing book blurbs and evil can be measured.

One of my 2020 goals is to sell more eBooks through Amazon so I signed up for Bryan Cohen‘s free 5-Day Amazon Ad Challenge. Through his challenge, I created over fifty advertisements using three different types of ads. I sold a few books and received two 5-star reviews, over 340,000 impressions (times people saw my ads), and 238 clicks. It’s a great start.

But I have a lot more to learn, so I joined Bryan’s Amazon Ad School and Best Page Forward. Through Best Page Forward, Bryan and his team re-wrote the description (the back cover blurb) of Carpe Diem, Illinois.

Of course, I thought the original blurb was great and I was curious to see what, if anything, Bryan would change. Here’s the original description:

For decades, the small town of Carpe Diem, Illinois has quietly unschooled its children, eschewing tests and classrooms for real-life experiences. Now, long-smoldering political feuds and deep personal secrets threaten to explode. When her mother is hospitalized in Carpe Diem after an auto accident, teenager Tali Shaw, the daughter of a powerful state senator, finds herself at the heart of a vicious conspiracy to bring Carpe Diem down. Can prize-winning Chicago Examiner reporter Leo Townsend overcome his own demons and expose those behind the scheme before it’s too late? And when the truth is finally revealed, can Carpe Diem ever be the same? Carpe Diem, Illinois is the winner of the 2014 Chicago Writers Association Book of the Year Award for non-traditionally published fiction.

A revolutionary town laden with liars. A reporter pushed to the brink. Will the story of a lifetime lead to his final breath?

Chicago journalist Leo Townsend fears his career is faltering as fast as his sobriety. Subpoenaed to reveal a source to a grand jury, he’s staring down the barrel of a choice between unemployment or jail time. But he has no idea his new fluff piece on a homeschooling town could be the deadline on his life. 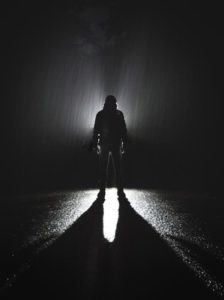 Thrown behind bars by shadowy figures pulling the strings, Leo vows to expose the community’s rotten apples and land a scoop. But now that he’s met the good folk of Carpe Diem, he’s caught in a sobering crisis of conscience. Because resurrecting his future could mean the destruction of all they hold dear.

Can Leo blow the lid off a minefield of corruption and save the soul of the town?

Carpe Diem, Illinois is the suspenseful first tale in the Leo Townsend thriller series. If you like political intrigue, complex twists and turns, and morally torn heroes, then you’ll love Kristin A. Oakley’s pulse-pounding novel.

Buy Carpe Diem, Illinois to get to the truth today!

Wow! How can you not buy that book?! Needless-to-say, I replaced the original description with the new one. It’ll be interesting to see if my sales increase. 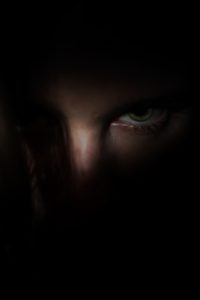 Then, while revising and researching my young adult dystopian trilogy, The Devil Particle, I discovered that there’s a test for evil! How is that possible? To understand, you need a little history.

Almost 120 years ago, Charles Spearman theorized that a general factor of intelligence (g-factor) exists and can be reliably tested. It doesn’t matter which IQ test you use as long as the test is sufficiently cognitively complex and has enough items, the results will be the same.

In 2018, Morten Moshagen and his colleagues theorized that a General Dark Factor of Personality (D-factor) exists and can also be reliably tested. They defined D-factor as “the basic tendency to maximize one’s own utility at the expense of others, accompanied by beliefs that serve as justifications for one’s malevolent behaviors” (see “The Dark Core of Personality; What’s your dark core score?” by Scott Barry Kaufman for more information).

Psychologists use the term “dark traits” to encompass the nine anti-social behaviors: egotism, greed, Machiavellianism, moral disengagement, narcissism, psychological entitlement, psychopathy, sadism, self-centeredness, and spitefulness. Now Moshagen et al can test for them. This is so cool (and scary)! I took the test and I’m happy to say I my score was low. If you’d like to take the test, too, be sure to check out their website.

So, in The Devil Particle, Paul and all the other teens who want to compete in the Vessel Trials will have to take a D-factor test. How will they do? 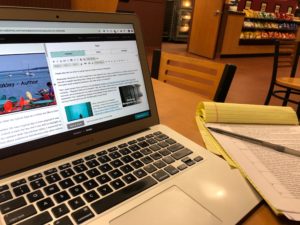 This is what I love about writing — you never know what you’ll discover!

**Note: If you’re an author who would like to check out Bryan Cohen‘s free 5-Day Amazon Ad Challenge, he’s offering it again starting April 13th.

Where I’ll be in March: Conference Season!

March 21-22, 2020 – Let’s Just Write: An Uncommon Writer’s Conference. At the beautiful Warwick Allerton Hotel in downtown Chicago. I’m giving a workshop on the benefits of critiquing and hosting the live lit event. Join me, Jacquelyn Mitchard, Ann Garvin, Tim Storm, Elizabeth Berg, and many others for an incredible weekend.