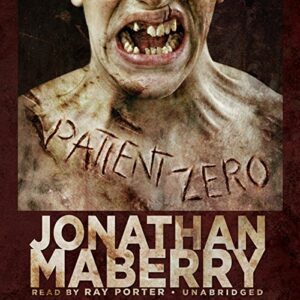 I know I promised to review Emily St. John Mandel’s novel The Sea of Tranquility this month, but I’m saving it for November. I recently finished listening to Patient Zero by Jonathan Maberry, narrated by my friend Ray Porter, and it’s about zombies–perfect for spooky October.

This well-written novel with an interesting twist on the zombie lore was nominated for a Bram Stoker award.

I know what you’re thinking, “Oh no, not another zombie story.” But while this book has zombies, they’re called “walkers,” it also has a reasonable explanation for how people turn into zombies. Slight spoiler: bioterrorism is at work.

What I liked about Patient Zero

This 2009 book begins with a terrific introduction to the protagonist and the story problem:

Joe Ledger, the first-person narrator of Patient Zero, is ex-military and a smart aleck Baltimore cop who, because of past trauma, is particularly equipped to combat evil. He’s recruited by the fictional Department of Military Sciences to help stop a potential zombie scourge.

In addition to the plausible take on zombies and the terrific twists in this book, I liked Ledger and the other characters — they were all highly skilled. And Maberry has created a villain I won’t soon forget.

At times I thought Joe Ledger’s joking was somewhat juvenile and out of place, particularly in the beginning of the book when he’s questioned by Mr. Church of the Department of Military Sciences. While I understand this was Ledger’s defense mechanism, I thought it was a little over the top. Though, I will say, Ledger knows the correct way to eat an Oreo (the only way to eat that cookie).

I also had some problems keeping people straight, particularly the men who made up Ledger’s team. Maybe I wouldn’t have had this problem if I’d read it rather than listened to it.

I wanted to know about Mr. Church. He’s a fascinating character with plenty of secrets. I think I’ll get my wish as I’ve discovered there are more eight Joe Ledger books. Eight?! I’m curious to find out how Maberry will put Ledger through so many zombie stories.

How this book as affected my writing

I would love to take an old trope, like zombies, and add my own twist to it just as Maberry did. Maybe a twist on a fairy tale? Sleeping Beauty is actually a vampire? Hmm, now there’s an idea. 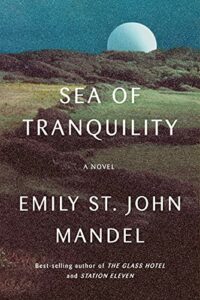 I promise next month I’ll review Emily St. John Mandel’s Sea of Tranquility. According to the description, this book is “A virtuoso performance that is as human and tender as it is intellectually playful, Sea of Tranquility is a novel of time travel and metaphysics that precisely captures the reality of our current moment.”

Mandel wrote one of my favorite books Station Eleven, so I’m really looking forward to reading this one.

My latest Chicago Writers Association article is “The Importance of a Developmental Edit.” If you’ve never had a developmental edit or don’t even know what one is, this article is for you. 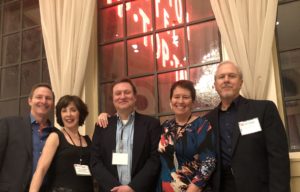 October 14th — I’m heading to Chicago for the Chicago Writers Association party at the Tip Top Tavern on the top of the Warwick Allerton Hotel.

My short story “Jessie’s Jelly Joint” was selected for the live lit event. I’m looking forward to reading it and getting together with old and new friends. If you’re going too, let me know!

While I’m waiting for comments from my editor Tim Storm and my daughter Caitlin on The Devil Particle, I’m revising The Vessel — the second book in the series. I’ve also been working with cover designer Patrick Knowles on the cover design for The Vessel. Once we make it official, I might give you a sneak peak. 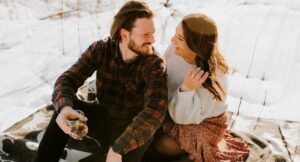 My nephew Benjamin’s getting married! We couldn’t be happier to have Calli join our family! I can’t wait to celebrate with them the end of this month.