Almost the minute I began drafting my first book in 2008, I volunteered to work for writing organizations. But this year I vowed to pull back from volunteering and devote more time to my writing. Little did I know that my writing would include starting a new blog on unschooling.

Over the years, I volunteered with the Rockford Writers Guild and became a founding member and the president of In Print, a professional writers organization in the Rockford area. Later, on the Chicago Writer Association‘s board, I took over as the managing editor of their online publication The Write City Magazine. Eventually I founded and edited (with the help of my associate editors) CWA’s print journal The Write City Review. I loved working for and with writers, helping them achieve their goals, but I knew it was time to focus on my writing.

So, earlier this year I resigned from my position on the board of the Chicago Writers Association. It was a tough decision. The CWA board members are an incredible group of dedicated, intelligent, and hard-working individuals. It had been an honor and a privilege to serve with them.

With my time freed up, I worked on my books.

And then, a couple of weeks ago, I received a phone call from a woman who I’d connected with on Facebook. She, like most parents across America, had been forced to teach her children at home. We talked for over an hour about homeschooling and when I got off the phone I knew this was the perfect time to get the word out about unschooling.

When I started writing Carpe Diem, Illinois, a novel about a Chicago reporter who investigates a town without schools, my critique group suggested I write a how-to homeschool book instead. I explained that the market was saturated with such books (even back then) and I didn’t know what more I could add. I told them my main reason for writing a novel about un unschooling town was to introduce the general public, not just homeschoolers, to unschooling.

Honestly, ever since I discovered the beauty of unschooling I dreamed of a time when it would become the norm. I knew that was a pipe dream. The public school system has too much power, too much money to give up control of teaching children. And while unschooling methods have been tried in public schools, the system is so geared toward adult control over children that it never took hold. I believed it never would. 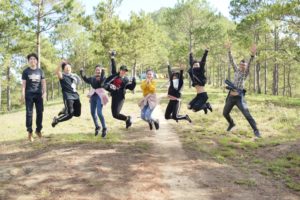 But now there’s a chance, a very good chance, that unschooling will become mainstream. As parents are forced to grapple with the rules and regulations of virtual public school or part-time, in-person public school with restrictive safety measures, many are turning to homeschooling. At first, most will use a school-at-home model and then realize that their children can learn better without it.

So, I’m starting an unschooling blog called Seize the Day — Homeschool. In it you’ll find articles about my family’s journey as unschoolers, the basics of unschooling, a Homeschooling FAQs page, a comprehensive list of homeschooling resources, and much more. Click here to sign up.

I’m also available to consult with parents who have questions about homeschooling. In fact, I’m giving a Homeschooling 101 workshop on Tuesday, August 18th at 1:30 p.m. at Your Core Being Yoga Studio, 107 West Main Street, Freeport, Illinois. Join me!

Don’t worry, I’ll continue to share with you my writing adventures through this monthly (sometimes bi-monthly) newsletter. And I promise you, and myself, that this new venture won’t stop me from writing my novels.

Actually, what I’m re-reading is the last of the three Write City Reviews I worked on — The Write City Review Volume Three. It’s a marvelous journal filled with engaging stories, poignant poetry,  excerpts from award-winning books, and beautiful artwork.

I’m listening to Educated: A Memoir by Tara Westover about her childhood in Idaho where she was raised by unconventional parents who claimed to have homeschooled her but did nothing of the sort. Still, Tara managed to get a master’s and a doctorate from Cambridge University. Her debut book is well written and disturbing but also very hopeful.

I started to re-read The Passage by Justin Cronin but couldn’t get into it, so I picked up a Stephen King novel called The Dark Half. In King’s book, the main character is an author who writes violent novels under a pen name. The evil pseudonym takes over. King dedicated the book to Richard Bachman which was King’s pen name for several of his books. Fun fact: Backman died suddenly in 1985 of “cancer of the pseudonym, a rare form of schizonomia”.