It’s taken me years, but now I finally realize that a lot, if not all of writing, is about sharing human vulnerability. Take this newsletter for example. When I recommend books or movies to watch, I get some feedback. But when I share my struggles with querying agents or rewriting pages, I hear from many more of you. It’s this connection with our struggles, failures, and triumphs that people want more than anything. 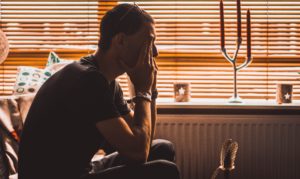 And so it is with characters. Sure, a writer can spew facts about the character’s height, weight, hair color, and fashion style. We can learn about their job and the car they drive. But what we really want to know is what are their vulnerabilities, flaws, struggles, failures, and triumphs. These are the things we can empathize with, the things that make us root for the protagonist.

Lately, I’ve been comparing Andy Weir’s novels The Martian and Project Hail Mary. Both are great books (and The Martian was made into an excellent movie starring Matt Damon), but Project Hail Mary is a pretty perfect book for many reasons, mostly because of the protagonist, Ryland Grace. 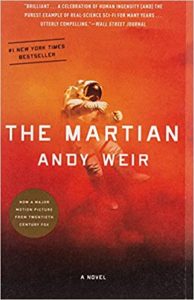 The Martian gives readers the excitement, anxiety, thrill, and horror of being stranded on Mars. We root for Mark Watney because we like his character, his humor, his optimism, his intelligence, and his ingenuity. We want him to survive. As a human being though, Watney doesn’t struggle with any inner demons or flaws. There’s no internal conflict in The Martian, no internal human vulnerability. 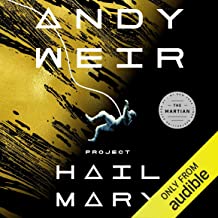 Project Hail Mary, on the other hand, deals with Ryland Grace’s selfishness and self-sacrifice, his inner conflict, and this makes for a more powerful book.

Ryland Grace, finds himself aboard a space ship called the “Hail Mary” in an alien solar system. He discovers he’s on a suicide mission to stop Astrophage, an alien microbe, from depleting the sun’s energy. If Ryland is successful, he’ll save humanity.

Throughout Project Hail Mary we understand that Ryland is a solitary man, in his thirties, never married, no children of his own, but he cares deeply for his middle grade science students.

Ryland meets an alien from a planet whose sun is also being depleted by Astrophage. The alien, who Ryland names “Rocky”, has volunteered for this mission to save his home planet. Unlike Rocky, Ryland refuses to volunteer, so the authorities kidnap and drug him, then haul him onto the space ship. Ryland doesn’t remember this until about two thirds of the way through the book. 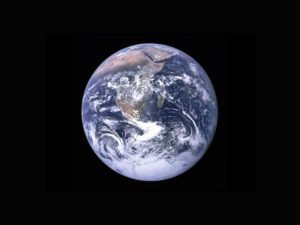 At the crisis point in the novel, near the end of the story, Ryland has a choice to make. He can continue on to Earth and save himself and humanity. Or he can send probes to Earth (with the information necessary to  save humanity), turn around, rescue Rocky, and save Rocky’s planet. But, if Ryland saves Rocky, Ryland will die. Does he sacrifice himself?

This internal struggle between selfishness and self-sacrifice combined with the external struggle of survival is what makes Project Hail Mary such a terrific book. Note, I haven’t even mentioned the incredibly researched (and easily explained) scientific details, the humor, or the driving action. That’s all terrific, too.

What I’m Up to This Fall

I’m writing The Renegade, the fourth book in The Devil Particle Series. Check out my daily word counts on Facebook and Twitter.

I got new headshots for my books. Many thanks to Jamie Schroeter!

I’m still researching book cover designers. I hope to hire one in the next few weeks to design the covers for the four books in The Devil Particle Series. 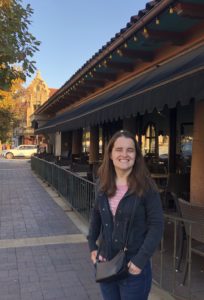 And I’m College hunting with my daughter, Jessica, who will be getting a second degree/graduate degree in costume design.