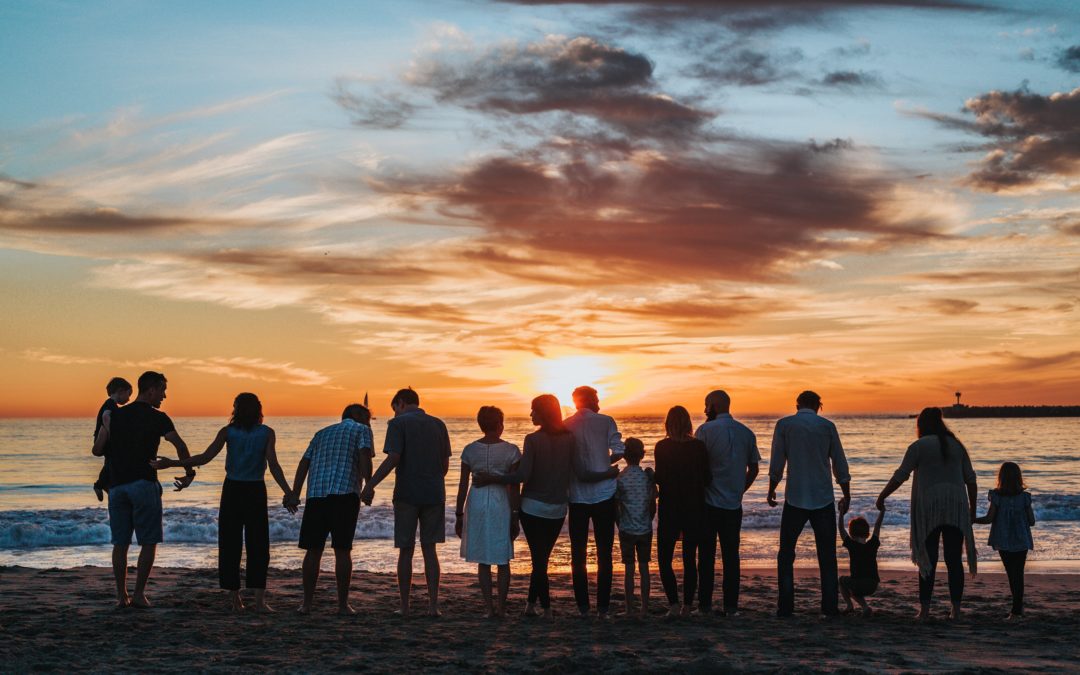 To give you some insight into what an unschooling community is like, I’m passing along my article “Talent Show” which was published in Home Education Magazine’s May/June 2009 edition. It’s one of my favorite memories of unschooling.

The grand ballroom was crowded. The Pheasant Run Resort Staff had brought in 60 chairs to add to the existing four hundred, but it wasn’t enough. Every chair was taken, several contained two people–a parent and a child. Families lined the back wall and the sides of the room and filled the double doorway. Many people expectantly faced the raised stage at the other end of the room.

In the ballroom’s wide central aisle, ten teenagers in varying styles of black clothing sat cross-legged on the carpeted floor, laughing and joking. Several feet in front of them, six brightly dressed preschoolers giggled. One three-year-old joined this younger group but made a point to hug each of the group’s members before she sat down. On the floor next to them, a barefooted toddler dressed in a long pink dress played quietly with her mother’s wallet.

The six hundred or so people were waiting patiently for the beginning of the InHome Conference Talent Show. The talent show marked the end of the homeschooling conference where adults attended workshops on such topics as “Unschooling Basics,” “Hands-On Science,” and “College Financial Planning,” and children participated in workshops titled “Galaxy of Art,” “Cooking with Chef Josef,” and “Foam Swords.” Many of these families had also danced at the Family Dance until 10:00 p.m. the night before, and their teens had partied at the Teen Dance until midnight. Yet after a late night and a full day of workshops, families talked amiably while organizers set up the stage. Even though it was close to supper time, not a child whined or cried; not a parent shouted in anger or frustration.

Suddenly, there was a burst of applause as a woman introduced the first participant. A blond eight-year-old boy began the show with a hard-to-recognize tune on his trombone. It didn’t matter. This was an easy crowd to impress; they loved him. He was followed by a slightly older African-American boy who cleverly recited a Nelson Mandela speech, “As we let our light shine, we unconsciously give others permission to do the same.” The speaker’s six-year-old sister followed in his footsteps by reciting a Langston Hughes poem.

Next, there was a rousing rendition of “Tootie Fruity” sung unabashedly by a six-year-old boy who did an eerily accurate impersonation of Little Richard. He was a sensation. His biggest fan, however, was his younger sister, the little girl with the wallet; she hugged him as he took his seat.

Following the laughter and applause, a middle-aged man and his teenage daughter sat down with their guitars. The father explained that he never forced his children to learn music but simply enjoyed playing his guitar for them. One day, his daughter asked him to teach her a song. He did. She practiced that song for a while and then asked for another. In this unschooling, self-directed way, she learned to play the guitar. Together they played and sang a beautiful duet.

After the duet, there was a lull in the show while a variety of adults set up the sound system for a group of tap dancers. My sixteen-year-old daughter, Caitlin, rested her head on my shoulder. She’d had a long day of ballroom dancing, debating, and knitting, and had danced until midnight the night before. Even though we were surrounded by teenagers, she wasn’t embarrassed by our show of affection. Looking around the room, I noticed similar scenes among other families.

Then I glanced over at my other daughter. Twelve-year-old Jessica was describing to her father how she had made rice paper butterflies, sketched in a journal, and created greeting cards. She was also telling him that she didn’t know why she signed up for the Lego Robotics workshop as that just wasn’t her thing.

The music started, but the five very young tap dancers just stood on the stage. Finally, their dance instructor explained that she had the wrong rendition of “Yellow Submarine.” The guitar-playing father asked the crowd if we knew that song. We shouted “YES!” He started to play a few chords and suddenly the ballroom was filled with the words, “In the town, where I was born.” The tap dancers matched their steps to our song. When we got to “we all live in a yellow submarine,” I choked up and my eyes teared. I couldn’t sing. Hundreds of mothers, fathers, grandparents, teenagers, and children all pitched in to provide the music for these young dancers.

The program continued for almost two hours and showcased a wide variety of talent. A brother and sister performed their own “Rock, Paper, Scissors” skit. A young girl, dressed in Chinese silk and holding a paper lantern, led two boys in a dance. The boys were inside a huge Chinese dragon costume which they had made. A twelve-year-old girl played “Somewhere Over the Rainbow” beautifully on her violin and then was recruited by a six-year-old to accompany her while she sang the same song. The final act of the evening, performed by a group of gregarious teenagers, was the humorous “Jay Leno Show.”

As we shuffled out of the ballroom with the rest of the crowd, Caitlin grabbed her dad’s arm and I held Jessica’s hand. I hummed, “We all live in a yellow submarine,” and thought about our wonderful community of homeschoolers where the interests, abilities, and talents of children are joyfully honored.

For a limited time, I’m offering the

my novel about an

unschooling community, and the sequel,

You can also get audio and paper editions of both books through Amazon,

For Writers and Readers:

Check out my newsletter about my writing life. There are tips on how to manage your time, articles about the craft of writing and writers’ conferences, and so much more. Whether you’re a veteran author, someone who just has an idea for a book, or merely a book lover you’ll enjoy it. Click here to sign up!