Unschooling – To Push or Not to Push 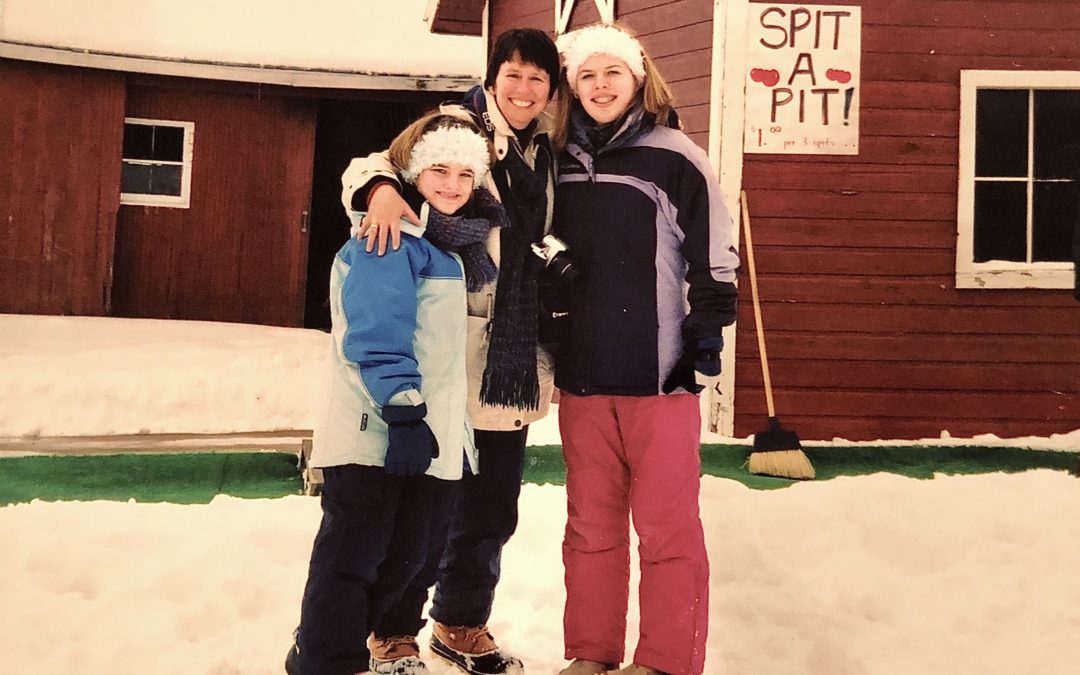 Unschooling parents believe in letting their children decide what to study, when to study, and how to go about studying, but oftentimes it’s important for parents to exert some influence. For some insight into how I managed unschooling, I’m passing along my article “To Push or Not to Push” which was published in Home Education Magazine’s March/April 2008 edition. I hope you enjoy it!

To Push or Not to Push

The life of a teenage unschooler

“I love my life!” my 15-year-old daughter, Caitlin, exclaimed and not for the first time. She loves deciding what to study. This year that included world religions, the classics, astronomy, and U.S. government. She loves deciding how to study, which means because she’s a bookworm, reading the Dalai Lama, The Three Musketeers, Carl Sagan, and the United States Constitution while curled up on the couch wrapped in her multi-colored fleece blanket.

Caitlin loves scheduling her time according to her internal schedule–reading all morning then piano playing, soccer practice, music lessons, and volunteering at the children’s museum in the afternoon. She loves the fact that when she returns home from spending the day learning to knit with her grandmother or skiing with her homeschool friends, others her age are just getting off a school bus. She loves her freedom. She’s an unschooler.

The difficulty of being an unschooling parent

Unschooling can be hard on me, though. Oh, I certainly love our lives: learning and exploring the world together. However, I was traditionally schooled straight through law school, and I’m anal-retentive to boot–a bad combination for an unschooling parent. The difficulty is knowing when to push, insist, or leave the decisions entirely up to the children.

Pushing based upon my daughters’ interests 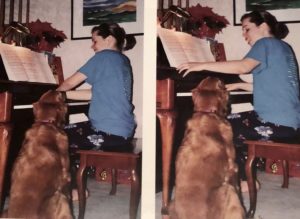 I consider myself an unschooling parent even when I push because I base my pushing on my daughters’ interests. For instance, at age five Caitlin demonstrated a talent for picking out pieces on the piano and memorizing them quickly. By age eight, playing the piano was one of her favorite things to do. I suggested lessons, but she told me she wasn’t good enough for lessons because she only knew how to play twenty songs. After explaining that most people who take piano lessons don’t know how to play anything, she still wasn’t crazy about the idea. Yet, every spare moment, she was playing the piano.

Finally, I pushed. I told her she was going to take piano lessons from September until December. After that, she could decide whether she wanted to continue the lessons, That was almost eight years ago, and playing the piano (and taking lessons) continues to be her passion.

Pushing based upon my daughters’ actions

I reason that I only push my daughters in rare situations when they say one thing but their actions say something else. Even though Caitlin told me she didn’t want to take lessons, I knew she loved playing the piano because she played it all the time. I also knew if I selected the right piano teacher (and as she got older she selected her own piano teachers), she would enjoy taking lessons as well. I also let my daughters decide whether to continue with something I’ve pushed them into after they’ve tried it for a reasonable amount of time (usually several months).

Suggesting rather than pushing

As an unschooling mom, I don’t take pushing lightly, In most instances, it just doesn’t seem right. So I rarely push. Generally, I’ll suggest something–a new class, a field trip, a group activity–and then let them decide. When a variety of choices come with a suggestion they like, they often surprise me with their selection. For instance, when I suggested summer Whiz Kidz classes to Jessica, my younger daughter, she decided to take a class but picked the “Have a Blast” class (sand-blasted art) instead of the drawing class I assumed she’d take.

The same thing happens every year when the girls select their workshops for the InHome Homeschool Conference in Chicago. They’ll select “Herbal First Aid” instead of “Journal Writing” or “Useless Trivia” instead of “Sword Fighting.” Rarely do they select the same workshops. This is a reminder to me that they are individuals with their own interests, which may be very different from mine and from each other’s.

If they decide against my suggestion, I simply let the matter drop . . . usually. Those rare times when I don’t let the matter drop, but insist, are the times when I’ve wanted to do something but my daughters haven’t. I simply tell them that we’re going anyway. My reasoning is that I attend many things because they’re interested and that once in a while they have to reciprocate.

Recently I insisted we tour the Chicago Lyric Opera House and then attend their production of Die Fledermaus–our first opera. We loved it and look forward to seeing more operas. Years ago when I first insisted on something, my daughters balked at the idea, but each time I’ve insisted we’ve had wonderful experiences. Now when I tell my girls I’d like to go to such and such, they’re eager to tag along.

When I don’t agree with their decisions

I know that when it comes to leaving decisions up to my daughters, I’ve had it pretty easy. They haven’t made decisions I would have difficulty with, yet. Neither has wanted to go to school, pierce her belly button, or tattoo a body part.

No, the hardest part has been when they decide to not do something I know would be good for them. Then I take a moment and reflect on their words and actions. I decide whether to push, insist, or let the matter drop. Letting the matter drop is often the hardest thing for me but then unschooling isn’t about me. It’s about them. They are the experts of their lives. 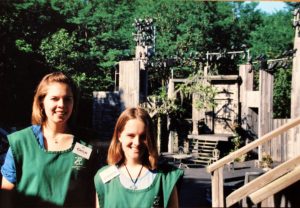