The Role of an Editor 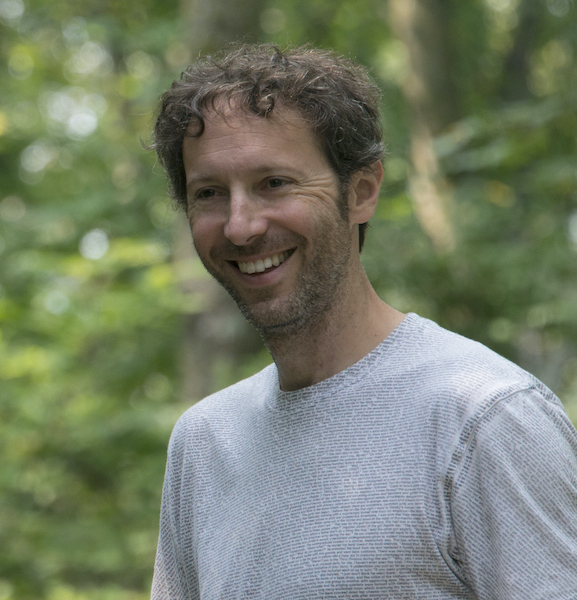 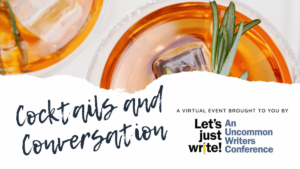 This Sunday, August 1st at 4:00 p.m. my editor, Tim Storm, and I will be talking to Samantha Hoffman about the author-editor process during the Chicago Writers Association’s virtual Cocktails and Conversation.

This event is free and open to the public and will be a lot of fun. In anticipation of this event, I interviewed Tim about what his role is as an editor. If you’ve ever wondered what an editor does and why all writers need a good one, read on!

Kristin: Many writers decide to self-publish their books and some decide not to have the book professionally edited. Why do you feel it’s important to have a manuscript edited?

Tim: My usual answer to this is because language is social. Your whole purpose here is to connect with other people in some way. Why would you not enlist other people to help you assess whether you’ve done that? Put another way: we are all imperfect assessors of our own productions.

There’s a myth that writing is a solitary activity done by introverted loners. And it’s likely true that the majority of writers are introverts, but even those of us who are relatively antisocial still need other people. I mean, we kind of learned the limits of isolation recently, didn’t we? So I feel it’s important to have a manuscript edited because other people can see what you can’t see about your own work.

Kristin: What is your role as an editor?

Tim: It depends on the kind of editing. But I would say in general that my role is to help a writer polish a piece of writing so that it’s something they can take pride in. Readers owe you nothing, and especially nowadays, readers can be pretty cruel. You have a good story but you don’t know how to punctuate? They’ll point that out. You have well-polished prose but the story makes no sense? They’ll catch on and tell other people.

Now, there are other things that are a matter of taste. Readers may say, “This story is too cute” or “twee.” Or they may claim they don’t like the protagonist. Or they may say it’s too violent or not violent enough. We’re not talking about those very subjective assessments from readers. That’s just a failure to connect, and I see those as sort being on the reader. What I try to reduce is the number of things that are “on the writer.”

Kristin: What is the difference between copy (line-by-line) editing and developmental editing?

Copy editing looks at the prose. Does it make sense, does it flow, is the choice of words appropriate, is the phrasing artful? There’s a certain amount of proofreading that goes on in copy editing (punctuation, spelling, etc.), but a copy editor might call out specific wording and phrasing whereas a proofreader mostly sticks to just style book stuff.

Kristin: Typically, how many hours do you spend editing a manuscript? What feedback do you provide to the writer?

Tim: Are we talking about a full novel manuscript?

Tim: I think they probably average about 18 hours. I mean, it’s a big range, from about 12 hours at the very short end to about 30 at the upper end. I go through the manuscript and make some margin notes here and there. Mostly, I stay away from line editing, but story-level movement often does come down to things at the page level, so I might make comments like, “Would he react this way?” or “Wait, I thought she was already outside the house here.” 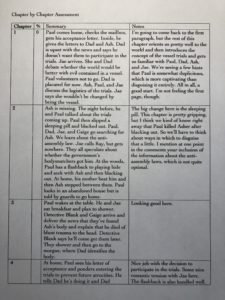 I also keep a separate document with a three-column table. Column one is the chapter number. Two is the summary of what happens in that chapter. And then the third column is my assessment of how well things are moving in that chapter, sources of confusion, whether I felt tension, etc. And then finally, I write an overall assessment, usually about six single spaced pages, identifying the major issues I saw and digging into the story’s structure and momentum and what may have kept it from resonating with readers emotionally.

Kristin: Do you edit all genres (Romance, Sci-Fi, Fantasy, Mystery, Thriller, Young Adult, Literary, etc.), including nonfiction? Which is your favorite genre to work on? Your favorite to read? 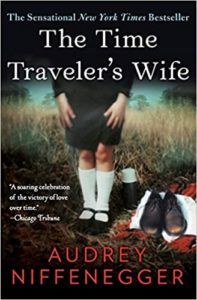 Tim: I do edit pretty much everything. I’m not really a genre pro, though, so I can’t tell you what the obligatory scenes are for a romance or a cozy mystery or a spy thriller. I tend to choose to read literary fiction that is right on the edge of being genre, and I read for story momentum and resonance—that is, how emotionally moving the story is. So think things like The Time Traveler’s Wife or Station Eleven or Cloud Atlas or Little Eyes. These are stories that are quasi science fiction, quasi romance, quasi fantasy/horror.

Kristin: In your editorial comments, you ask questions which make writers think deeply about their stories. It lays the hard work on writers, much to our frustration, but it’s also a great way to pull the story out of writers. Are you ever tempted to simply rewrite sentences, dialogues, or scenes?

Tim: I’m sometimes inspired to write, but my role is not to write the story and no, I have no interest in ghost writing, so I keep my hands off for the most part. Now, that said, I sometimes try my hand at a rewrite of a sentence or two just to give an example of what I’m trying to express to the writer. 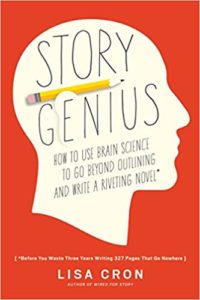 Tim: There are so many craft books. And lots of them are great. Story Genius by Lisa Cron, Story by Robert McKee, Craft in the Real World, Thrill Me, Techniques of the Selling Writer. I have a hard time with quintessential as a concept, actually, in the art world. Perhaps when we’re talking about various periods in the past, we can talk about the quintessential British Victorian novels, for instance, but in the last half a century, at least, there are just too many to choose from. Recs for writers tend to be like comps; they’re usually individually catered.

Kristin: I’m looking forward to the day when you say my manuscript is perfect (a girl can dream). How do you know when a manuscript is ready to submit to agents or to be published?

Tim: There’s always more that could be done. At some point, an artist has to learn to compromise. Again, though, I’m often not doing the line editing or proofreading, so I almost never leave a story with a writer and say, “Submit it now!” I do sometimes say, “This is pretty close. Address some of my small concerns and then run this through some line editing and proofreading and this story will be ready.”

Kristin: In addition to editing, you write award-winning short stories and essays, teach writing, and coach writers. Which of these roles do you prefer? 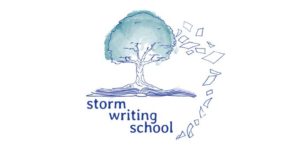 Tim: Writing and teaching for sure. Coaching is just individualized teaching, and so I like that, too, but teaching forces me to study the craft so that I can articulate nuanced observations about how a writer might improve their work. I love that challenge. Editing keeps me attuned to real issues that writers (other than me) are facing in their work. So I appreciate it, but it’s hard analytical work

Kristin: You also offer workshops and mini writing retreats. When is the next workshop/retreat?

Tim: I’ve been working on putting together another online course, so I don’t have a workshop or retreat planned as of now, but it’s likely I’ll offer one in October or November. 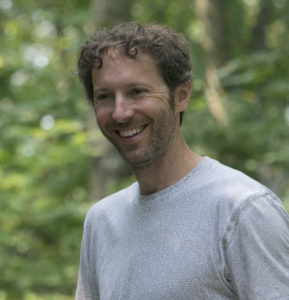 Tim Storm is an award-winning writer and teacher whose work has appeared in a number of journals and anthologies, including Black Warrior Review, Copper Nickel, Jellyfish Review, and Literary Hub. His passion for storytelling and its inner workings informs his teaching, editing, and mentoring. He runs an online writing school (stormwritingschool.com), which offers articles, worksheets, and courses geared toward helping writers hone their craft of engaging and moving stories.

Join Tim and me virtually this Sunday, August 1st at 4:00 for The Chicago Writers Association’s Cocktails and Conversation with Samantha Hoffman. During this free event, we’ll discuss what an editor does, the best time to hire an editor, what it’s like working with an editor, and so much more.