Happy Halloween! I love this spooky holiday when we delight in scaring each other by telling ghost stories and watching horror movies. This Halloween, I’d like to share with you what I think are some of the scariest scenes, TV shows, movies, and books. 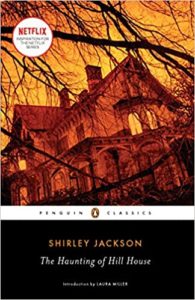 One of the scariest scenes I’ve ever seen is in the TV show “The Haunting at Hill House” based on the book by Shirley Jackson. I’ve watched it twice and I’ve screamed both times. Not just a little squeaky mouse scream, but a long, drawn-out who’s murdering that woman scream. Why does this scene affect me so much when it uses the typical startling scare tactic?

It’s because the scene is tense way before the shocking payoff. The tension builds because of the conflict between the characters, not because they’re being chased by some chain-saw wielding madman.

If you haven’t seen “Hill House” and plan on watching it, then don’t read this paragraph or the next—-I’d hate to spoil it for you. Okay, here goes. Two adult sisters drive down a road at night heading for Hill House. They’re anxious, afraid their brother is going there to kill himself. They’ve also been angry with each other throughout the series and this is the moment when they finally deal with their anger. As the scene begins, they’re barely speaking, and when they finally start talking they dance around what’s wrong.

The tension in the front seat builds as the car tears down dark back roads. Then they let it rip. The older sister driving turns toward her sister while spewing accusations. The younger sister yells back her defense. The camera focuses on their red, angry faces. Then their screaming, rotting dead sibling flings herself between them from the backseat. You’ve been so invested in the women’s argument, that this intrusion is completely unexpected. And because of the tense situation, your senses are heightened, you’re already on edge. This pushes you over the edge. Or at least it does me. 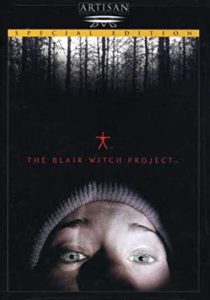 Not including that scene from “Hill House,” stories that scare me the most are those which are grounded in reality. “The Blair Witch Project” always gives me the creeps even though there are no witches in the movie. The final scene when the main character sees her friend in the basement facing the corner with his back to her gives me shivers. In Paranormal Activity, the incredible build-ups, anticipation of things about to go bad, and sleep-walking people running at the camera freak me out every time. 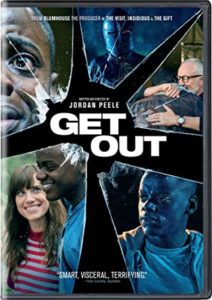 Psychological horror thrillers where trusted people betray the main character are also high on my list. One of my favorite horror movies is “Rosemarie’s Baby” based on the book by Ira Levin. More recently the Academy-Award winning film “Get Out” pulls this trick too, though the ending was too neatly tied up for me. I like it better when the horror reverberates after the movie. For instance, the ending in Alfred Hitchcock’s “Psycho” packs a much bigger punch. 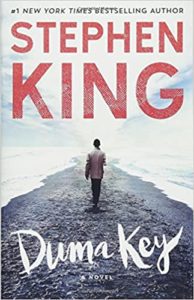 I also enjoy reading horror stories and often get just as creeped out by them. Of course, Stephen King, the master of horror, has several that do the trick, but, for me, the scariest King book is Duma Key. Honestly, don’t read this book when you’re home alone on a dark and stormy night. 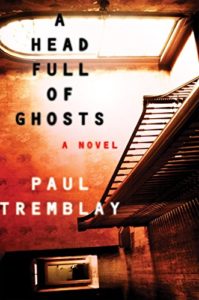 Another favorite is Paul Tremblay’s A Head Full of Ghosts. I was so engrossed in this story I didn’t realize my daughter had entered the room. When I saw her standing there, I screamed. I swear I’m not easily spooked and really not much of a screamer, except, of course, when I’m reading this book or watching “Hill House.”

So, how about you? Do slasher movies do it for you or are you more into Alfred Hitchcock’s suspense? Are you okay with gore, but prefer psychological thrillers like me? What are your favorite horror TV shows, movies, and books? Let me know, I’d love to hear from you!

Writer’s Digest Novel Writing Conference (online) – Friday, November 6, 9:00 a.m. – 10:00 a.m. I’ll be teaching my workshop “The Formula for Setting that Agents, Editors, and Readers Love” and I’ll be pitching The Devil Particle to agents. I’m looking forward to connecting with writers from around the country!

Houston – At the beginning of December, my younger daughter and I will be heading down to Houston to visit my older daughter and drive home with her (she’s finishing up a music therapy internship). If you’re familiar with Houston and know of any great bookstores or other literary spots to check out, please let me know!

Butch Cassidy: The True Story of an American Outlaw by Charles Leerhsen – fascinating retelling of the wild west in the late 1800s.

Salem’s Lot – by Stephen King – I’m listening to this classic while walking on the track at the gym. I can’t believe I’ve never read it until now. So far, not so scary, but then King’s just getting started.