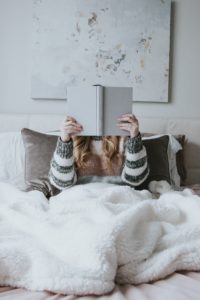 While revising the fourth draft of The Runner – Book Three of The Devil Particle Series, an odd sensation hit me. With only forty pages to go in this 340-page manuscript, I didn’t want to finish. It wasn’t because I found revising hard, though it definitely was. It was because I didn’t want to say goodbye to these characters.

As I told my daughters, I really love this book. It’s like reading a novel you can’t put down, but you dread finishing. Luckily, I still have book four, The Renegade, to work on. The characters will be back.

I like The Devil Particle Series because these four novels tackle issues like: what is good? And, is evil necessary? There’s a lot of interesting family dynamics and pseudoscience that’s pretty darn realistic. The mysteries, suspense, adventures, and plot twists keep me turning the pages.

I like Gaige, the scarred class clown, Jaelyn, the optimistic planner, and the whole host of secondary characters — the disillusioned detective, the loyal ex-Secret Serviceman, and the middle-aged rebel. And of course there’s Paul, the seventeen-year-old who wants to prove his life has value. 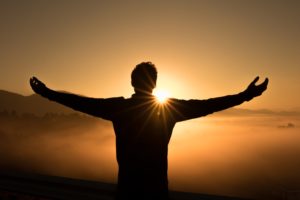 I admit, the revisions haven’t been easy. It’s been particularly hard figuring out the parameters of the world in these books.

Questions like: if everyone is good, what does the world look like? Can purely good people tell lies? What about telling a lie for a good purpose like a little white lie to avoid hurting someone’s feelings? Could a perfectly good person be deceitful by withholding information no matter what the reason?

I struggled with these questions and got into a quagmire of relative morality as I tried to determine which acts were good and which were evil. I’d decided purely good people couldn’t lie, except for a good cause. But then I had to decide if a cause was good. It was frustrating. I worried that these arbitrary rules of morality would be distracting and pull the reader out of the story. What if I decided something was bad and a reader disagreed? Would this frustrate them? 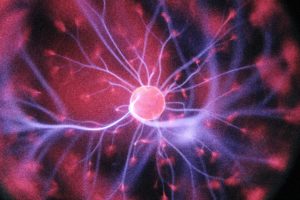 Tim wondered whether devil particles are absolute evil or pieces of matter that create physical effects in the human body. I explained they are physical matter that agitate (antagonize) people into doing bad/evil acts. I told him, “It’s like when a person blows up at their spouse or kids for no good reason and wonders why the hell that happened.”

Tim then asked me a slew of other questions about devil particles. Writing my answers helped me define what they are, how they function, and how this makes sense for the books without getting lost in some arbitrary rules of morality. I think what I’ve created works!

So, in the next few days I’ll finish revising The Runner, set it grudgingly aside, and move on to writing book four, The Renegade. I can’t wait to see how the final battle of good verses evil plays out!

If you want to keep track of my writing progress and cheer me on, check out my daily word count posts on Facebook and Twitter.

In two weeks, I’ll review Station Eleven by Emily St. John Mandel. This book won the Arthur C. Clarke Award, was a finalist for the National Book Award and PEN/Faulkner Award, and was named one of the best books of the year by more than a dozen publications. It’s been translated into 27 languages. None of this is much of a surprise to me because the writing is so good. Station Eleven is now a TV series currently airing on HBO Max. I plan on reading the book (my second time) and then watching the series.