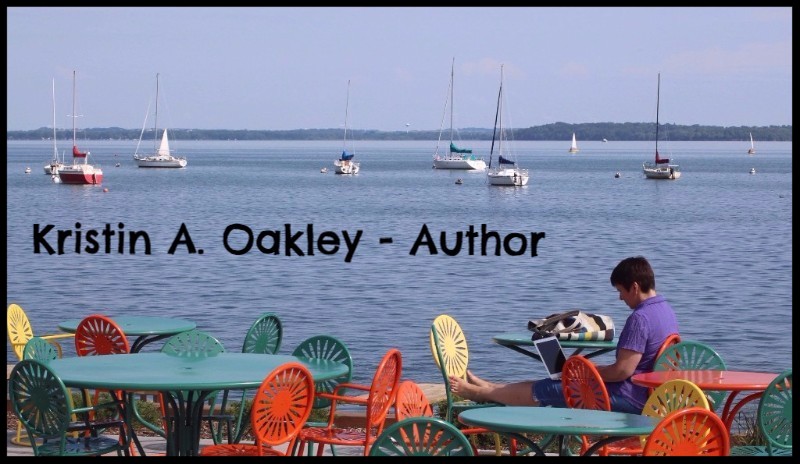 While editing the second book in my Devil Particle Trilogy, I’ve been thinking about how to craft the third book. I have an idea of what protagonist Jaelyn Bellamy’s struggle will be, but not much else and it’s gnawing at me. It’s as if she’s poking my arm while I’m writing about Gaige Devlin and asking, “What about me?”

A few weeks ago, my younger daughter mentioned that she’d like to learn American Sign Language (ASL) because it’s such a beautiful language. She’d seen a video of Josh Castille performing  “Satisfied” from Hamilton and was hooked.

A few days later, I was at the gym, seems the best place for inspiration these days, walking through the weight room and listening to bars clanging, muscle men grunting, and Imagine Dragons thundering through the speaker system. I passed two middle-aged men using sign language and the quiet elegance of their gestures struck me. I went upstairs to my favorite elliptical machine and an idea burst into my head. 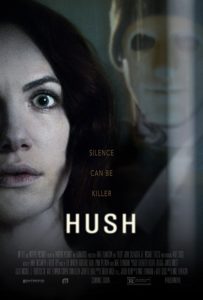 What if Jaelyn Bellamy is deaf? The first book of my trilogy mentions that Jae’s parents have been killed. What if the explosion that killed them caused her to go deaf? Other aspects of the story fell into place. I knew writing dialogue would be tricky, but a deaf protagonist would be an interesting concept. It worked incredibly well in the horror movie “Hush” (if you haven’t seen it and you like horror movies, you should). And the new sensational hit movie, “A Quiet Place”, features a young deaf actor and the use of sign language by her family to avoid being detected by killer aliens.

Before I reworked the whole trilogy, I decided to do some online research and quickly found that I was in over my head. I then remembered that my writing mentor, Tim Storm, is married to an audiologist, Dr. Eileen Storm. Dr. Storm agreed to meet with me to brainstorm ideas about my book and I learned a lot. For instance, an explosion would not cause complete and permanent deafness, but if Jae had a pre-existing condition, a widened vestibular aqueduct, and hit her head during the explosion, she could become permanently deaf. That would work.

How she would communicate was another matter. Jaelyn would never learn ASL unless she had access to a community that used it, or at least a family that supported her use of it. But Jae lives with an alcoholic aunt and has only a few teenaged friends and all of them can hear. Maybe instead of learning ASL, Jaelyn has cochlear implants? But where in her dystopian society would she find the specialized batteries?

Dr. Storm and I spent an hour brainstorming ideas. She pointed out that as a hearing person she couldn’t speak for the deaf community and its culture so she suggested I meet with the folks at the Wisconsin School for the Deaf in Delavan. I’m considering it, but this storyline is beginning to feel contrived. I may have to abandon the idea all together. Particularly since Jaelyn’s poking my arm again, telling me to let it go. 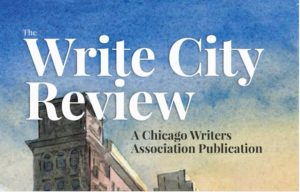 As managing editor of the Chicago Writers Association’s online publication The Write City Magazine, I’m pleased to announce the release of CWA’s very first publication, The Write City Review, on June 9th and 10th at the CWA tent during Printers Row Lit Fest in Chicago. The review is comprised of exceptional short stories, poetry, book excerpts, and essays taken from The Write City Magazine and includes beautiful artwork created by CWA members. Once the book is released, you can purchase copies ($15/CWA members or $18/nonmembers) at the CWA tent, on our website or through Eckhartz Press.

Where you can find me this spring and summer:

Chicago Tribune’s Printers Row Lit Fest , June 9th, 2018 from 10:00 a.m to 2:00 p.m. I’ll be at the Chicago Writers Association (CWA) tent selling and signing copies of my books and of The Write City Review.

UW-Madison’s Write-by-the-Lake , June 11 – 15, 2018. Heaven on Earth for writers! I’m offering a workshop on setting and will emcee Open Mic for those brave souls who want to share their work. If you’re a writer, be sure to check out this amazing writing retreat.

Ten Years of the Chicago Writers Association Celebration, June 22, 2018 at the Blackstone Hotel in Chicago. 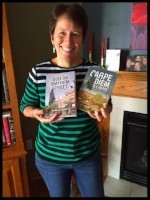