Editing Out the Lightbulb 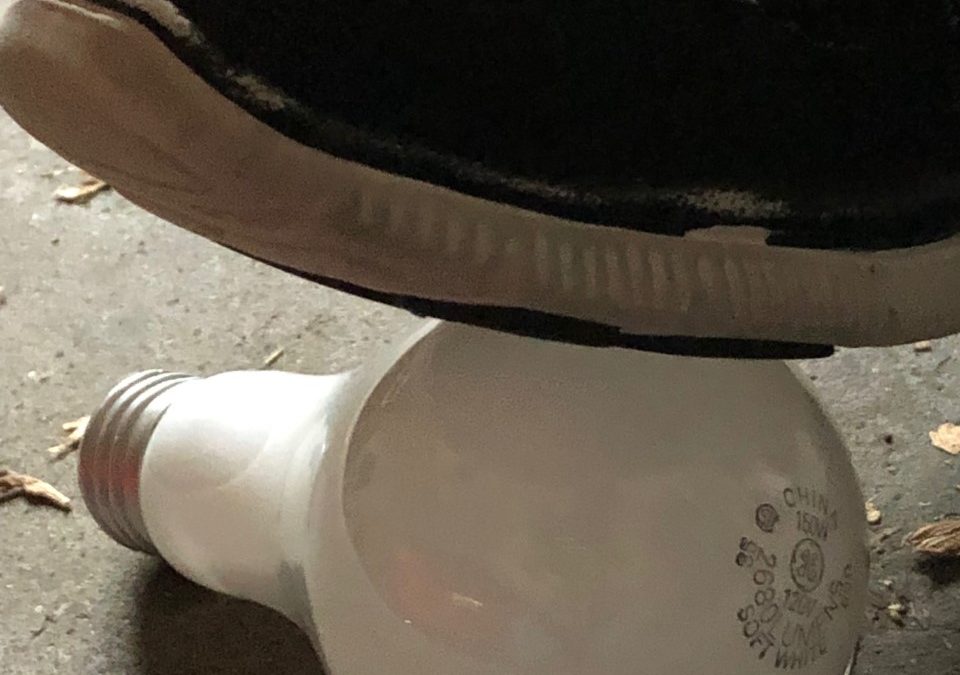 I’m in the process of reworking the beginning of my young adult dystopian novel The Devil Particle and could use some help. Which of the following book openings do you prefer? Which book would you be more likely to keep reading? Let me know!

“The burnt-out lightbulb makes a satisfying ‘pop’ as I crush is under my sneaker. I’d pick up the broken pieces but it’s noon, the street is empty, and no one’s watching. I hear humming. No time to run, I crouch in the middle of the street and cover my head.”

“Asher is missing. He left at 7:30 this morning for his four-hour shift at the Child Depository. It’s now past 1:00. Dad called his supervisor; Ash never showed. First time he’s missed a day in five years.”

A few years ago, when The Devil Particle was in its infancy, Author Mary Lamphere reviewed my manuscript and told me not to start with the lightbulb. I balked at the idea. I liked that opening because of the image it created. I could actually hear the lightbulb explode, plus it gave an insight into Paul’s personality.

Now I’m working on draft number seven of The Devil Particle, revising it based upon comments from Editor Ray Rhamey and Particle Physicist Mike Albrow. Ray critiqued the first 17 lines in his newsletter, “Flogging the Quill”. We then exchanged manuscripts and he gave me some very valuable feedback. Thankfully, after six drafts, there isn’t too much wrong with The Devil Particle, but Ray wondered why I wasted precious words on a lightbulb. That again.

He also pointed out that other than establishing the world and an interesting voice, nothing much happens in the first chapter. Ray suggested that I start with the second chapter and weave in important information from omitted the first chapter. 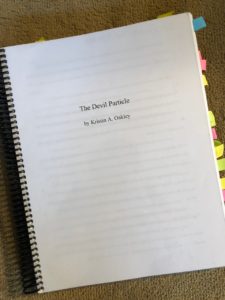 This sounds simple enough, but it takes a bit of finessing, especially with my ego. First, I’ve worked and re-worked that first chapter more than a dozen times. I’m attached to it. I like the way it introduces Paul and his world. I like his attitude and I like the questions this chapter raises. It’s hard to let it go.

Over the last few years, I’ve come to understand that everything in a novel should be there for a purpose. Most everything in The Devil Particle draft six serves a purpose, even that lightbulb. But admittedly the lightbulb’s purpose is pretty small (hint: it has something to do with the fact that no one’s watching Paul crush it) and very subtle, so it looks like it’ll have to go.

When editing, tweaking one thing causes a ripple effect which is why editing is laborious. You have to make sure you’re consistent with the changes and that you’ve kept the flow of the story. When writing a story for the first time, it’s easy to chart your progress — I wrote 1,000 words today! But with editing, it might take an hour to rewrite one sentence. And how do you know when you’re done? 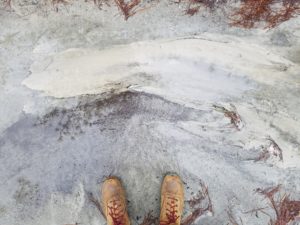 As I’ve said before, editing is a lot like sludging through mud. One slog forward, two slogs back. Or is it more like quicksand? See, I can’t stop editing.

But I’ve learned that if I’m working on a draft and find that I take out something only to put it back, I’m done. The book is as good as it can get. I’m not there yet with The Devil Particle, but I’m close.

now only 99 cents on Kindle!

Where I’ll be this summer:

New Glarus Book Expo – Sunday, September 1st, 10:00 a.m. – 3:30 p.m., on the grounds of the Swiss United Church of Christ and right next to Art in the Park, 18 4th Avenue, New Glarus, WI. I’ll join many other local authors at this wonderful fundraiser for the church to discuss our writing and sign books. Hope to see you there!